With an average of one catastrophic earthquake every century and one destructive/damaging earthquake every decade, the Republic of Cyprus, Geological Survey Department (GSD), have a mandate to monitor seismic activity for Cyprus and the Eastern Mediterranean in real-time on a daily basis.

The last time the Republic of Cyprus updated their seismic network was in 1997, in the pre-broadband, pre-digital technology era, so an upgrade was long overdue.

The GSD faced some serious challenges in order to accomplish this feat. Not only were there the usual fiscal barriers when embarking on this project, but also a key objective for this network was to remain self-sufficient. At the time, the GSD consisted of only 2 people in the Geophysics and Seismology department; one seismologist/geophysicist and one engineer. They did not have the budget to install a state-of-the-art seismic system as well as increase the number of staff that has traditionally been required in order to run such an endeavour.

During 2012-2013 the GSD team finalized the 9 station locations (8 stations and one provisional) and carried out all the necessary civil works at the sites. The locations were chosen based on a number of criteria, such as geographical coverage, geological setting (bedrock) of the site, accessibility, land Mission Critical Seismic Network CQ Net: Republic of Cyprus The Republic of Cyprus has independent ownership and operation of a Nanometrics turn-key seismic network. 2 ownership, level of natural or cultural seismic noise, and level of security of the station. The most challenging and crucial part of the site preparation were the seismometer vaults. The team, adopting the basic standards of the seismological community for broadband seismometer vaults, designed and built their own vault, which was more than endorsed by Nanometrics.

Nanometrics deployed and commissioned the network, which consists of eight seismological stations, two seismological centres, a satellite communication network and a backup GPRS/DSL network. The remote seismological stations are equipped with: 3-component low noise broadband seismometers, digitizers, and autonomous solar powering systems. All stations transmit continuous data in real-time, through a private satellite network (Libra II VSAT System), to two seismological data processing centres to ensure redundancy: one at Lefkosia (main centre) and one at Mathiatis village (backup centre). A second level of data transmission (backup), is functional at four stations. The data communication between stations and seismological centres is two-way, enabling the remote monitoring and maintenance of the remote stations.

When the network was established, Nanometrics helped the GSD with configuring and tuning the Data Centre location software. Once training and support was in place, the group at GSD was able to operate this new network effectively and efficiently. Data is streamed in real-time and Nanometrics now regularly monitors the network independent of the GSD as well as provide the GSD with troubleshooting and network optimization services. Real-time data streaming coupled with Nanometrics seismic network support – monitoring, troubleshooting and network optimization – makes it possible for an institution with limited staffing resources to successfully own and operate a state of the art broadband network. The core engine of this network, the Nanometrics Apollo Suite, which comprises Apollo Server data acquisition and Apollo Project management software suite, coupled with monitoring services and support, ensures that it is extremely reliable.

Nanometrics support The Republic of Cyprus GSD advanced from an analogue network with only a couple of 3-component stations from the pre-digital/pre-broadband age to a state of-the-art network with a modern digital system, with broadband seismometers and private VSAT. This new digital network has earned Cyprus a place for the first time in the International Federation of Digital Seismograph Networks -- FDSN under the national seismological network code “CQ”. 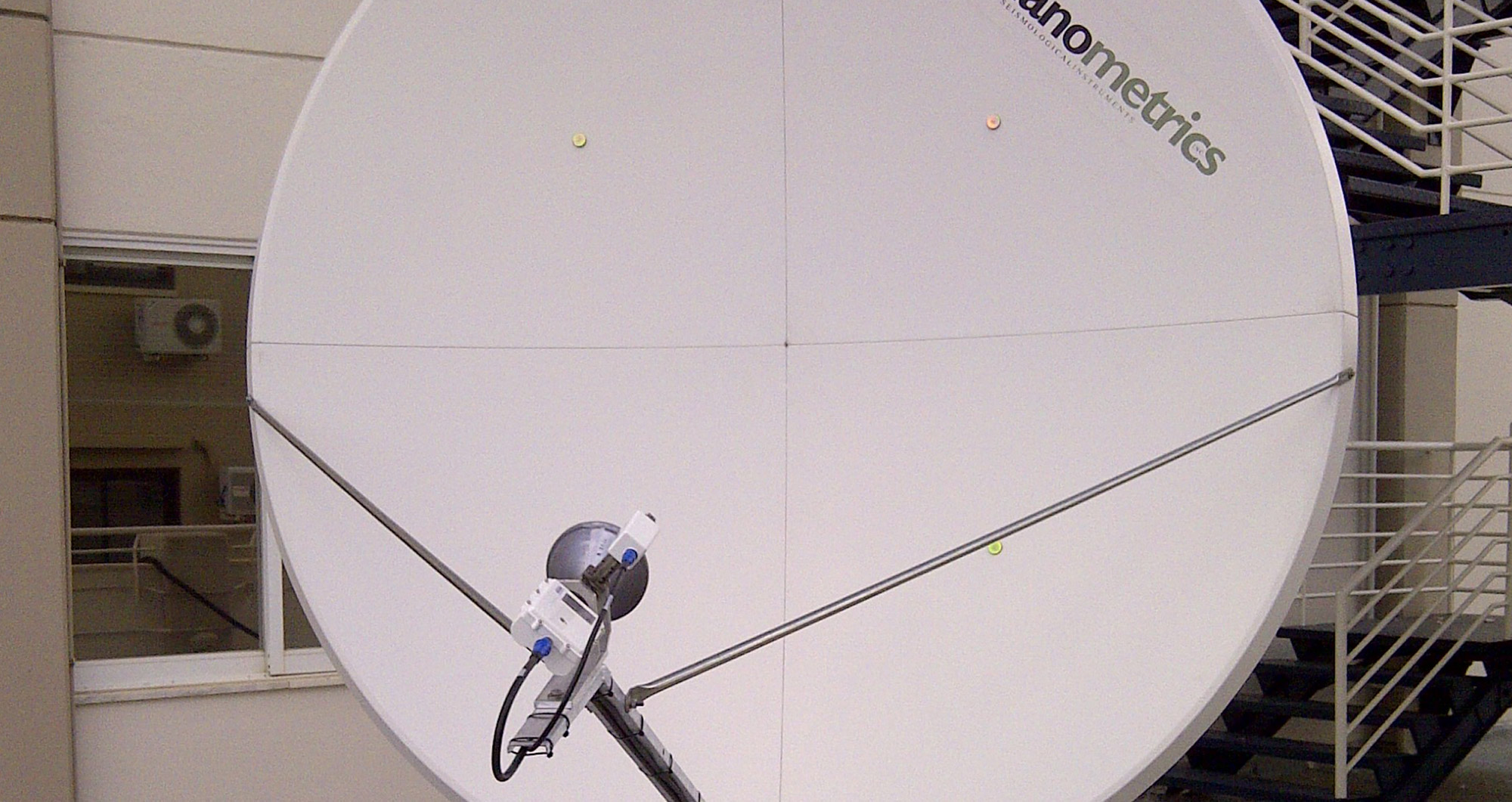 “It has been a 7-year-long, difficult challenge. From analogue, radio-linked, short period, offline, trigger-mode network to this cutting-edge technology system. Within seconds of an earthquake occurrence I receive an SMS on my phone with all earthquake parameter calculations! It’s definitely worth it! Although severely under-staffed here at the GSD Seismological Centre, the professional remote support from Nanometrics makes it possible to fully maintain our system and to continue fine-tuning it beyond our expectations.”
Dr. Sylvana Pilidou Seismologist, Republic of Cyprus Geological Survey Department

SPEAK TO OUR SALES TEAM TO LEARN MORE